This is the first book in what promises to be an exciting new series. It will seek to provide "a chronological account of the intellectual life and the development of ideas in Western Europe from the early medieval period to the present day." Leer reseńa completa 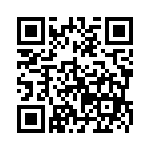