References to this book

Barry Bergdoll is Professor of Art History at Columbia University in New York. Author and editor of numerous works on 19th century architecture, particularly in France and Germany, his publications include: Le Pantheon: Symbole des Revolutions (Paris, 1989), Leon Vaudoyer: Historicism in the Age of Industry (MIT, 1994), Karl Freidrich Schinkel: An Architecture for Prussia (Rizzoli, 1994) and Mastering McKim's Plan (Columbia University Press, 1997). Bergdoll has served as curator or curatorial consultant at the Musee d'Orsay, Canadian Centre for Architecture, the Metropolitan Museum of Art, and the Museum of Modern Art in New York, and has served as exhibitions editor of the Journal of the Society of Architectural Historians 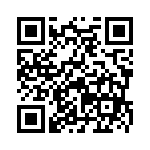