Though well-written, this book merely recounts in repetitive fashion a truly boring and dissolute existence. I gave up just short of midway when I did not want to learn the fate of the bear or wolf he had so cruelly enslaved. Leer reseńa completa

Just read Edna's autobiography. Her work seems to be well regarded s I 'll give her a whirl. Tried a tv show with Helen Mirren and didn't like it. I'm trying a nonfiction first.. This book was ok. I ... Leer reseńa completa

Since her debut novel THE COUNTRY GIRLS, Edna O'Brien has written over twenty works of fiction along with a biography of James Joyce and Lord Byron. She is the recipient of many awards including the Irish Pen Lifetime Achievement Award, the American National Art's Gold Medal, the Ulysses Medal and the Pen Nabokov Award. She also received the David Cohen Lifetime Achievement Award in 2019. Born and raised in the west of Ireland she has lived in London for many years. 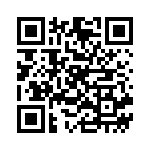