Página 311 - That the legislative power of the territory shall extend to all rightful subjects of legislation, consistent with the constitution of the United States and the provisions of this act ; but no law shall be passed interfering with the primary disposal of the soil; no tax shall be imposed upon the property of the United States; nor shall the lands or other property of non-residents be taxed higher than the lands or other property of residents.
Aparece en 452 libros entre 1813 y 2007
Página 378 - And again, as pertaining to the law of the priesthood : If any man espouse a virgin, and desire to espouse another, and the first give her consent ; and if he espouse the second, and they are virgins, and have vowed to no other man, then is he justified...
Aparece en 175 libros entre 1848 y 2008
Más
Página 374 - And again, verily I say unto you, if a man marry a wife by my word, which is my law, and by the new and everlasting covenant, and it is sealed unto them by the Holy Spirit of promise, by him who is anointed...
Aparece en 106 libros entre 1848 y 2008
Página 373 - Verily, thus saith the Lord unto you, my servant Joseph, that inasmuch as you have inquired of my hand, to know and understand wherein I, the Lord, justified my servants Abraham, Isaac and Jacob; as also Moses, David and Solomon, my servants, as touching the principle and doctrine of their having many wives and concubines: 2.
Aparece en 121 libros entre 1854 y 2007
Página 434 - And Sarai said unto Abram, Behold now, the LORD hath restrained me from bearing: I pray thee, go in unto my maid; it may be that I may obtain children by her.
Aparece en 315 libros entre 1705 y 2008
Página 536 - Then in a moment to my view The Stranger darted from disguise ; The tokens in his hands I knew, My Saviour stood before mine eyes : He spake ; and my poor name He named ; " Of me thou hast not been ashamed : These deeds shall thy memorial be ; Fear not, thou didst them unto Me.
Aparece en 203 libros entre 1817 y 2006
Página 376 - David's wives and concubines were given unto him, of me, by the hand of Nathan, my servant, and others of the prophets who had the keys of this power ; and in none of these things did he sin against me, save in the case of Uriah and his wife...
Aparece en 89 libros entre 1848 y 2007
Página 434 - And they shall come from the east and from the west, and from the north and from the south, and shall sit down in the kingdom of God.
Aparece en 1378 libros entre 1755 y 2008
Página 376 - This promise is yours also, because ye are of Abraham, and the promise was made unto Abraham, and by this law are the continuation of the works of my father, wherein he glorifieth himself.
Aparece en 88 libros entre 1848 y 2007
Página 376 - God commanded Abraham, and Sarah gave Hagar to Abraham to wife. And why did she do it ? Because this was the law, and from Hagar sprang many people. This, therefore, was fulfilling, among other things, the promises. Was Abraham, therefore, under condemnation ? Verily, I say unto you, Nay ; for I, the Lord, commanded it.
Aparece en 89 libros entre 1848 y 2007
Menos

Richard Francis Burton 1821-1890 Sir Richard Burton, the explorer, adventurer, translator, and student of Eastern sexual customs, was born in Torquay, England. He received an irregular education, which included an expulsion from Oxford University. In 1842 Burton enlisted in army of the East India Company and went to India, where he learned the Persian, Hindustani, Afghan, and Arabic languages. Burton was the first European to reach Harar, the religious capital of Somaliland. He was the discoverer of Lake Tanganyika and explored in the Congo, the Cameroons, Dahomey, and Brazil. He was a pioneer ethnologist and anthropologist. Burton was a linguist of dazzling ability, speaking 29 languages and 11 dialects. He wrote 43 books on his travels and two volumes of poetry. In addition to translating The Arabian Nights, he translated six volumes of Portuguese literature, two volumes of Latin poetry, and four volumes of Neapolitan, African, and Hindu folklore. Burton, together with Forster Fitzgerald Arbuthnot, created The Kama Shastra Society to print and circulate books that would be illegal to publish in public. This society fulfilled his ability to write about his deep interest in sexuality. Best known in this vein is his translation of The Kama Sutra, printed by the society in 1883. He was working on an English translation from the French edition of the arabic erotic guide called The Perfumed Garden. His manuscript entitled The Scented Garden was burned after his death by his wife, Isabel Arundel. It is rumored that Burton wanted this book to be published after his death to provide an income for Isabel, but she destroyed it in an effort to preserve his reputation. Burton died of a heart attack on October 20, 1890. Both Burton and his wife are buried in a tomb that is shaped like a Bedouin tent, designed by Isabel. The tomb is in St. Mary Magdalen's Roman Catholic Church Mortlake, southwestern London. 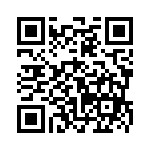