Pascal Covici, Jr., is E. A. Lilly Professor of English at Southern Methodist University in Dallas. He is the author or editor of several books, including Mark Twain's Humor: The Image of a World. 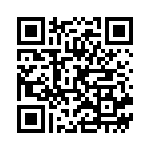