George Weigel is a Distinguished Senior Fellow of Washington's Ethics and Public Policy Center, where he holds the William E. Simon Chair in Catholic Studies. He is the New York Times bestselling author of two dozen books, including the two volumes of his internationally acclaimed biography of Pope St. John Paul II, Witness to Hope and The End and the Beginning. 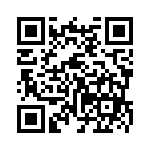