Página 65
... the officer's head rose clear of petulant one which clearly de- the dodger he heard a loud noted anxiety about the splashing , on the port side , Livadia's not giving way . It only fifty yards away - the was followed by a hail .
Página 595
were and we'll tow tow them clear , their boxes , in serried rows , bo's'n , " Mr Byron ordered . and refused to move . The The boatswain threw the panic which had driven frenzied painter ; the seaman in the hundreds over the side had ...
Página 800
His repuhis subject ; and which , in tation , retailed half whimsically , nullifying the very concept of half in earnest , by his many puzzlement , makes them almost friends , his very few enemies , as clearly understandable to preceded ... 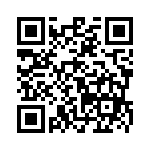