Most of us know Chomsky's work in the political sphere. He is cool, calm, collected and thorough. You can't ruffle him; he is unflappable. He has the facts at his disposal. His calm demeanor is ... Leer reseńa completa

The intelligent, well-informed reader who knows of Chomsky, but not all about Chomsky, would be well-advised to begin this Where-I-Stand treatise with the last chapter—a reasonably accessible ... Leer reseńa completa

Noam Chomsky is Institute Professor (emeritus) in the Department of Linguistics and Philosophy at the Massachusetts Institute of Technology and Laureate Professor of Linguistics and Agnese Nelms Haury Chair in the Program in Environment and Social Justice at the University of Arizona. He is the author of more than 100 books, including What Kind of Creatures Are We? (Columbia, 2015), The Science of Language (with James McGilvray, 2012), and Requiem for the American Dream (2017). 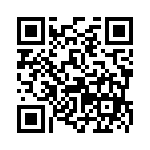