Página xx
Io plain narrative , and especially in argumentation , the least attention to the
manner in which we relate a story , or maintain an argument , in conversation ,
will show , that it is more frequently proper to raise the voice than to fall it at the
end of ...
Página 194
... More skill'd to raise the wretched than to rise . His house was known to all the
vagrant train , He chid their wand'rings but reliev'd their pain ; The long remember
'd beggar was his guest , Whose beard descending swept his aged breast : The ...
Página 227
But , O sad virgin ! that thy pow'r Might raise Musćus from his bow'r , Or bid the
soul of Orpheus sing - Such notes as , warbled to the string , Drew iron tears
down Pluto's cheek , .. And made Hell grant what Love did seek ; Or call up him
that ... 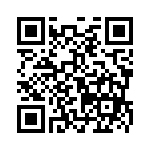