Nina B. Huntemann is Associate Professor of Communication and Journalism at Suffolk University in Boston, Massachusetts. She produced and directed the documentary film Game Over: Gender, Race, and Violence in Video Games, distributed by the Media Education Foundation.

Matthew Thomas Payne is a Media Studies doctoral candidate at the University of Texas at Austin. He has served as a coordinating editor for FlowTV (www.flowtv.org), a critical forum for television and new media culture, and is a co-editor of the anthology Flow TV: Television in the Age of Media Convergence (Routledge, forthcoming). 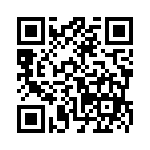