Charles F. Lummis, who founded the Southwest Museum in Los Angeles, wrote such books as "A Tramp across the Continent," also reprinted in a Bison Book edition. Robert F. Gish is Director of Ethnic Studies and a professor of English and Ethnic Studies at California Polytechnic State University, San Luis Obispo. His books include "Frontiers End: The Life and Literature of Harvey Fergusson" published by the University of Nebraska Press. 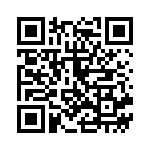