I don't know why all the Marxists I read so far gave the impression that when they point out some characteristic of capitalism they are being clever. No one is disputing these, and none of them are ... Leer rese±a completa

The moving contradictions of capitalism can line up and blow itself up. Here's how. Leer rese±a completa

'David Harvey provoked a revolution in his field and has inspired a generation of radical intellectuals' - Naomi KleinDavid Harvey is Distinguished Professor of Anthropology at the City University of New York Graduate School where he has taught since 2001. His course on Marx's Capital, developed with students over forty years, has been downloaded by over two million people since appearing on the CUNY website in mid-2008. He is the author of Seventeen Contradictions and the End of Capitalism, The Condition of Postmodernity and The Enigma of Capital. 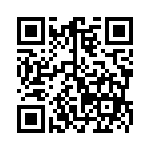