Página 19 - Another extraordinary fallacy is the dread of night air. What air can we breathe at night but night air ? The choice is between pure night air from without and foul night air from within. Most people prefer the latter. An unaccountable choice. What will they say if it is proved to be true that fully one-half of all the disease we suffer from is occasioned by people sleeping with their windows shut ? An open window most nights in the year can never hurt any one.
Aparece en 51 libros entre 1856 y 2008
Página 3 - Every-day sanitary knowledge, or the knowledge of nursing, or, in other words, of how to put the constitution in such a state as that it will have no disease or that it can recover from disease, takes a higher place. It is recognized as the knowledge which every one ought to have— distinct from medical knowledge, which only a profession can have.
Aparece en 43 libros entre 1860 y 2007

Born in Florence, Italy, of wealthy parents, Florence Nightingale was a British nurse who is regarded as the founder of modern nursing practice. She was a strong proponent of hospital reform. She was trained in Germany at the Institute of Protestant Deaconesses in Kaiserswerth, which had a program for patient care training and for hospital administration. Nightingale excelled at both. As a nurse and then administrator of a barracks hospital during the Crimean War, she introduced sweeping changes in sanitary methods and discipline that dramatically reduced mortality rates. Her efforts changed British military nursing during the late 19th century. Following her military career, she was asked to form a training program for nurses at King's College and St. Thomas Hospital in London. The remainder of her career was devoted to nurse education and to the documentation of the first code for nursing. Her 1859 book, Notes on Nursing: What It Is and What It Is Not has been described as "one of the seminal works of the modern world." The work went through many editions and remains in print today. Using a commonsense approach and a clear basic writing style, she proposed a thorough regimen for nursing care in hospitals and homes. She also provided advice on foods for various illnesses, cleanliness, personal grooming, ventilation, and special notes about the care of children and pregnant women. On 13 August 1910, at the age of 90, she died peacefully in her sleep at home. Although her family was offered the right to bury her at Westminster Abbey, this was declined by her relatives, and she is buried in the graveyard at St. Margaret Church in East Wellow, Hampshire. 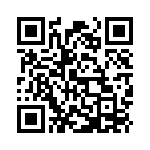