Página 140
She took an active part in his political career when representing Cardiff in 1820 , canvassed the " free and independent ” voters of Maidstone with gold , after the manner of the times , and mixed freely with the bon ton of her day .
Página 166
Such dinners were delightful , and Goethe took care to supply “ spiritual provender ” for his guests . Conversation , led by Goethe , never stopped , and he tried to interest and amuse every guest . He likėd only eight guests ...
Página 190
In the year 781 the Tyrant of Sicily , Elipidius , who had been Strategos under Constantine VI . , having become embroiled with his suzerain , and seeing it was useless to resist , took refuge with the Saracens in Africa , and thereby ... 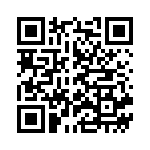