Leon Poliakov (1910-97) has written extensively on the Holocaust and anti-Semitism. His many books include Harvest of Hate: The Nazi Program for the Destruction of Jews in Europe and Aryan Myth: A History of Racist and Nationalist Ideas in Europe. He helped establish the Centre de Documentation Juive in 1943. 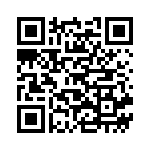