Not really a biography and not really a history of Finnish national awakening, but rather an amalgamation of the two. It gives an idea of the cultural milieu surrounding Sibelius and his response to ... Leer reseńa completa

An outstanding book with a somewhat different approach compared with other Sibelius biographies, placing his life and works in their true historical context. Scholarly but also highly accessible, recommended to anyone who cares about Sibelius, Finland and Nordic history. Leer reseńa completa

Glenda Dawn Goss is the former editor in chief of the Jean Sibelius Critical Edition and teaches at the Sibelius Academy in Helsinki. 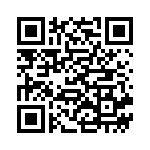