Ashby Bland Crowder has edited or contributed to more than a dozen books of a literary nature. He is M. E. and Ima Graves Peace Professor of English, American Literature, and the Humanities at Hendrix College in Conway, Arkansas. 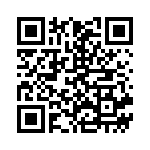