Página 19
In what manner it pleased lands called Spruckel. ... So our name alterations , both of sea and land , have of the feast of Easter , in Saxony still also been made , as it may appear called Ostern , from Oster - monat.
Página 250
8. for every acre of land . ... At the Court Leet the tenants “ Lands in this manor descend according Perquisites belonging to the said Manor to the custom of Borough English , whereby are waiftes , strayes , and felons ' goods .
Página 477
land , amounting to 506 acres 8 perches , A well has been lately discovered in brought 56,6601 . The remaining three the Keep of Dover Castle , by Mr. Manlots , consisting of three houses , and gar- tell of that place , situated in the ... 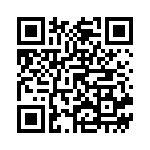