Sergei O. Prokofieff was born in Moscow in 1954, where he studied fine arts and painting at the Moscow School of Art. At an early age he came across the work of Rudolf Steiner and soon realized that his life was to be dedicated to the Christian path of esoteric knowledge. He wrote his first book, Rudolf Steiner and the Founding of the New Mysteries while living in Soviet Russia, and it was published in Germany in 1982. After the fall of Communism, he became a co-founder of the Anthroposophical Society in Russia. He currently works for the Society in Russia and as a writer and lecturer worldwide. 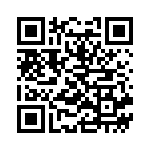