PÃgina 271
In the country , Roman Catholic chapels dedicated to the Immaculate Conception , have been erected , among others , at the of rather ornate character internally , following places :- - Brentwood , Essex ; have been completed in the ...
PÃgina 273
architect ; and a Diocesan Training rangle , has been erected by the Drapers ' College , at Winchester , Mr. J. Colson , Company ; the front containing a school of Winchester , architect , have been and dormitories for one hundred boys ...
PÃgina 726
The Emperor Justinian erected a basilica dedicated to the Blessed Virgin at the southern extremity of Mount Moriah , about one ... that is to say , Araunah's threshing - floor , and afterwards erected a second mosque on the spot . 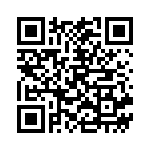