Professor Jana S. Rošker is founder and Head of Chinese Studies at the University of Ljubljana, Slovenia, and the leader of three national and international research projects in the field of Asian Studies. She obtained her PhD at Vienna University, and conducted her postdoctoral research at the Center for Chinese Studies in Taipei. She has received nine different research grants, the 2013 National Prize for Extraordinary Scientific Achievement of the Slovene National Research Agency, and the Golden Plaque for Academic and Research Achievements from the University of Ljubljana in 2015. Her main academic interests include methodology of intercultural research, Chinese epistemology, Chinese logic, and Modern Confucianism in East Asia, in which she has published several books and numerous articles. She is Chief Editor of the journal Asian Studies, and the founder and President of the European Association of Chinese Philosophy (EACP).

Dr Nataša Visočnik is an Assistant Professor at the Department of Asian Studies at the Faculty of Arts of the University of Ljubljana, where she received both her BA and PhD degrees in Ethnology and Cultural Anthropology and Japanese studies. She was awarded MEXT scholarship by the Japanese government, allowing her to conduct research and field work at Kanazawa University from 2006 to 2008, and was granted a scholarship by the Japan Foundation as a result of her research at Kyoto University in 2012. Her fields of interest are identity processes, dwelling culture, space and body, though her recent work focuses on minority questions and marginality in Japan, especially on zainichi Koreans and communities living in buraku. She is a member of the editorial board of Asian Studies, where she is also a Managing and Assistant Editor, and is Editor-in-Chief of the book series Studia Humanitatis Asiatica, founded by the Department of Asian Studies . 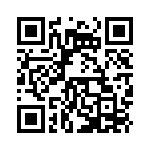