JANE HATHAWAY is associate professor of Islamic and world history at The Ohio State University. Her specialty is the Ottoman Empire, particularly Egypt and Yemen in the seventeenth and eighteenth centuries. She is the author of The Politics of Households in Ottoman Egypt: The Rise of the Qazdaglis, as well as numerous articles on topics related to the Ottoman Empire, the Ottoman Arab provinces, and early Islamic history. 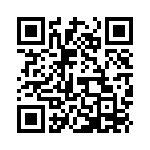