Virtually unknown and ignored in the history and literature of Britain, the 17 writers discussed in this collection of essays had visions of a better society. They were activists as well as writers ... Leer reseńa completa

Daphne Patai, professor of women's studies and Portuguese at the University of Massachusetts at Amherst, is coeditor of Women's Words: The Feminist Practice of Oral History. 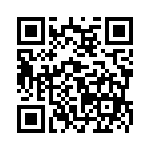