Jonathan I. Lunine is the David C. Duncan Professor in the Physical Sciences at Cornell University. His research interests center broadly on planetary origin and evolution, in our solar system and around other stars. He works as an interdisciplinary scientist on the Cassini mission to Saturn and on the James Webb Space Telescope, and is also a co-investigator on the Juno mission which launched for Jupiter in August 2011. Dr Lunine is the author of over 230 scientific papers and besides the first edition of this book (Cambridge University Press, 1999), he has also written Astrobiology: A Multidisciplinary Approach (Pearson Addison-Wesley, 2005). He is a member of the US National Academy of Sciences and a fellow of the American Association for the Advancement of Science and the American Geophysical Union. 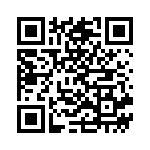