Pßgina 106
As they have no machinery , a man cannot crush more than 10 or 12 lbs . of stone a day , and will perhaps obtain not more than one or two pence from it , less than half he could gain as an ordinary labourer at other work .
Pßgina 183
The astrological theory , if accepted , gives indeed an answer which requires us to believe the kingly builder of the great pyramid , and , in less degree , those who with him or after him built the others , to have been utterly selfish ...
Pßgina 247
In round numbers , indeed , they cost nearly a third less last year than they did in 1865. How much of this may be due to the facilities of transit , or to the failure of the members ' appetites , we cannot say , but there are the ... 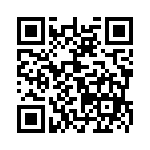