Página 9
Soon had he devoured all of the lifeless one, feet and hands. He stepped up
nearer, took then with his hand the doughty-minded warrior at rest; with his hand
the foe reached towards him. He instantly grappled with the evil-minded, and on
his ...
Página 447
Well for the swimmer swelled they high, To mar the Highland marksman's eye;
For round him showered, 'mid rain and hail, The vengeful arrows of the Gael." —
660 In vain. — He nears the isle — and lo! His hand is on a shallop 's bow.
Página 650
He ceased, but while he spake, Rustum had risen, And stood erect, trembling
with rage; his club He left to lie, but had regained his spear, 450 Whose fiery
point now in his mailed right- hand Blazed bright and baleful, like that autumn-
star, The ... 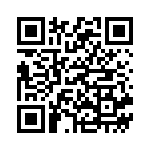