This collection of theoretical essays and personal stories is not just about "Boston marriages,'' a term referring to two women in a nonsexual but nonetheless deeply committed relationship. As the ... Leer reseńa completa

Esther D. Rothblum is professor of psychology at the University of Vermont. She is editor with E. Cole of Loving Boldly: Issues Facing Lesbians and Closing the Cycle of Sexual Knowledge. Kathleen A. Brehony is a psychotherapist in private practice in Virginia. 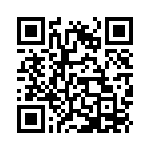