Daniel J. Kevles writes In the Name of Eugenics: Genetics and the Uses of Human Heredity in light of the claim that modern genetic research is tinged with the eugenic legacy. He makes the book “a ... Leer reseńa completa

Daniel J. Kevles, the Stanley Woodward Professor of History at Yale University, taught American history for many years at the California Institute of Technology. He has written extensively on the history of science and its relationship to American politics and society in the twentieth century. His works include The Physicists: The History of a Scientific Community in Modern America and In the Name of Eugenics: Genetics and the Uses of Human Heredity. He is a member of the American Philosophical Society and the Society of American Historians and is currently a Distinguished Lecturer of the Organization of American Historians. 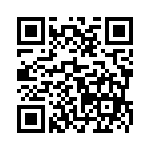