David B. Capes is Associate Dean of Biblical & Theological Studies and Professor of New Testament at Wheaton College. His books include Old Testament Yahweh Texts in Paul's Christology (Mohr Siebeck, 1992), The Footsteps of Jesus in the Holy Land (Steimatsky, 1999), The Last Eyewitness: The Final Week (Thomas Nelson, 2006), and Rediscovering Paul: An Introduction to His World, Letters and Theology (InterVarsity, 2007). He serves as the senior theological review editor for THE VOICE, a joint project of Thomas Nelson and Ecclesia Bible Society. Since the early 1990s he has been active in interfaith dialogue in Houston and co-hosts a radio show called A Show of Faith on TALK RADIO 950 KPRC Houston.

April D. DeConick is the Isla Carroll and Percy E. Turner Professor of Biblical Studies in the Department of Religious Studies at Rice University (Houston, Texas). She specializes in early Christian history and theology, noncanonical Gospels, and gnostic and mystical traditions. Her books include Seek to See Him: Ascent and Vision Mysticism in the Gospel of Thomas (1996); Voices of the Mystics: Early Christian Discourse in the Gospels of John and Thomas and Other Ancient Christian Literature (Sheffield Academic, 2001); Recovering the Original Gospel of Thomas: A History of the Gospel and Its Growth (T. & T. Clark, 2005); and The Original Gospel of Thomas in Translation, with Commentary and New English Translation of the Complete Gospel (T. & T. Clark, 2006). She has also edited the collection of papers, Paradise Now: Essays on Early Jewish and Christian Mysticism (SBL, 2006).

Helen K. Bond studied at the Universities of St Andrews, Durham and Tübingen. She is Senior Lecturer in New Testament Language, Literature and Theology at the University of Edinburgh, where she has taught since 2000. She is interested in the historical, political and social background to the gospels, particularly the passion narratives, and the life (and execution) of Jesus of Nazareth. Her publications include Pontius Pilate in History and Interpretation (SNTSMS 100; Cambridge University Press, 1998) and Caiaphas: Friend of Rome and Judge of Jesus? (Westminster John Knox, 2004).

Troy A. Miller is Dean and Assistant Professor of Bible & Theology in the School of Bible & Theology at Crichton College (Memphis, TN). He holds a PhD in New Testament Language, Literature, and Theology from the University of Edinburgh and specializes in late Second Temple Judaism, Paul, and early Christian identity formation. His thesis is entitled The Emergence of the Concept of Heresy in Early Christianity and he serves as a theological review editor for THE VOICE project (Thomas Nelson). 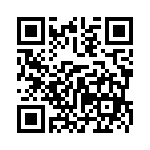