Maya Talmon-Chvaicer is an independent scholar in Toronto, Canada. She holds a Ph.D. in history from the University of Haifa. 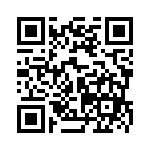