This is an encyclopedic account of Britain’s archaeology (mainland Britain – there’s very little mention of Ireland) from the earliest human arrivals to the Roman invasion. As such, I imagine this is ... Leer reseþa completa

Timothy Darvill is Professor of Archaeology in the School of Conservation Sciences at Bournemouth University. After completing a PhD at Southampton University on the Neolithic of Wales and the west of England, he worked for the Western Archaeological Trust and the Council for British Archaeology before establishing a private practice offering consultancy services in the field of archaeological resource management. He was appointed to the Chair of Archaeology in the newly-established archaeology department at Bournemouth University in October 1991, and since 2007 has been Director of the Centre for Archaeology, Anthropology and Heritage. The author of over a dozen books, including Ancient Monuments in the Countryside (English Heritage. 1987), Prehistoric Britain from the air (Cambridge University Press. 1996), the Concise Oxford Dictionary of Archaeology (Oxford University Press. 2002), and Stonehenge: the biography of a landscape (Tempus. 2006), he has served as Chairman of the Institute of Field Archaeologists and was a Member of the Council of the National Trust. He is currently chairman of the board of directors of Cotswold Archaeology and a Vice-President of the Society of Antiquaries of London. Current research interests focus on archaeological resource management and the Neolithic of northwest Europe. 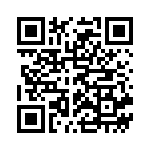