Página 282
which called , in the words of an Irish acquaintance , for " a bold fellow , of no consequence " , and sure enough , while those behind cried “ Forward ! ” and those before cried Back ! ” , one cantered forward and jumped it .
Página 403
After that , when the fishing was over , our plans were to cross the Andes into Chile , over a littleknown pass called the Paso de Lipela . In his correspondence , the Commander ( who described himself as a salt ...
Página 512
Uneasiness was growing , for they had come to a tract of moorland which lies above what is called Craig Dearg , the Red Rock . This is a huge vein of red granite , some three - quarters of a mile wide , bizarrely interposed between ... 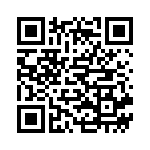