Certainly a thorough history, but it suffers from a slow start (the Barbary Cosair section was extremely boring). For popular history of the pirates, stick with "Under The Black Flag." If you want more information, this is a good start. Leer reseńa completa

Peter Earle formerly taught at the London School of Economics and is now Emeritus Reader in Economic History at the University of London. He is the author of over a dozen books on English social and maritime history, including two on different aspects of piracy, Corsairs of Malta and Barbary and The Sack of Panama. 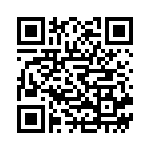