Pßgina 92
a Elsie continued : * " Willa did not depart very far from her models , hers , was not a transmuting — let alone a fantastic — imagination . She kept to the facts , the truth of experience , the people she had known , surrounding them ...
Pßgina 493
Since the dances continued , without drums , still with that wild unnerving shriek at the end , the priest thought of another step in his campaign to end them . Church and churchyard lay open , hospitably , to the pueblo .
Pßgina 499
Jane continued her own appeals — to the Admiralty , to the United States , to the Emperors of France and Russia . The yearly rhythm continued : winter , preparation ; spring , departure ; summer , suspense ; autumn , return . 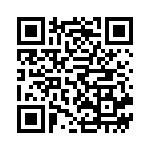