Pßgina 73
... of the Chief Commissioner , Mr J. W. Quinton , and four other British officers at Imphal in March of that year . ... of various evil traits , he was much liked by many of our officers , notably Mr Grimwood , the Political Officer .
Pßgina 154
My officers and men were , of course , new to the craft ; the men in the majority had never been to sea before , although the officers , inexperienced as such , had worked their way up through the lower deck and soon proved themselves ...
Pßgina 177
Within a week I shall have all your brutal white officers in the guard - room - or , better still , in their graves . " Zehri Gul smiled grimly , and advised Nadir Khan to do as he was told . The ill - assorted couple went off to ... 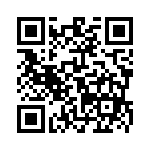