Jeremy Wallach is Associate Professor in the Department of Popular Culture at Bowling Green State University in Ohio. He is the author of Modern Noise, Fluid Genres: Popular Music in Indonesia, 1997-2001.

Harris M. Berger is Professor of Music at Texas A&M University. He is the author of Stance: Ideas about Emotion, Style, and Meaning for the Study of Expressive Culture and Metal, Rock, and Jazz: Perception and the Phenomenology of Musical Experience.

Paul D. Greene is Associate Professor of Ethnomusicology and Integrative Arts at Pennsylvania State University, Brandywine. He is a co-editor of Wired for Sound: Engineering and Technologies in Sonic Cultures. 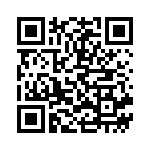