Mike Dennis is Professor of Modern History, University of Wolverhampton. His many publications include The German Democratic Republic'(1988). 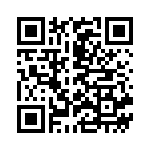