John Leslie Mackie (1917-1981) was a philosopher who made significant contributions to the fields of ethics, metaphysics, and the philosophy of religion. A professor of philosophy at the universities of Sydney, Otago, New Zealand, and York, he was elected a fellow of the University of Oxford in 1967 and to the British Academy in 1974. 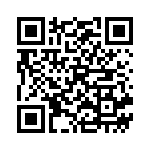