David Frankfurter is Associate Professor of History and Religious Studies at the University of New Hampshire. He is the author of Elijah in Upper Egypt: The Apocalypse of Elijah and Early Egyptian Christianity. 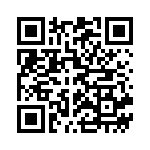