Francis Bacon was born on January 22, 1561 in London. After studying at Cambridge, Bacon began a legal career, ultimately becoming a barrister in 1582. Bacon continued his political ascent, and became a Member of Parliament in 1584. In 1600, he served as Queen Elizabeth's Learned Counsel in the trial of Robert Devereaux, the Earl of Essex. After numerous appointments under James I, Bacon admitted to bribery and fell from power. Much of Bacon's fame stems from the belief by some that he was the actual author of the plays of William Shakespeare. While many critics dismissed that belief, Bacon did write several important works, including a digest of laws, a history of Great Britain, and biographies of the Tudor monarchy, including Henry VII. Bacon was also interested in science and the natural world. His scientific theories are recorded in Novum Organum, published in 1620. Bacon's interest in science ultimately led to his death. After stuffing a fowl with snow to study the effect of cold on the decay of meat, he fell ill, and died of bronchitis on April 9, 1626. 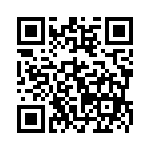