William Blum is one of the United States' leading non-mainstream experts on American foreign policy. He left the State Department in 1967, abandoning his aspiration of becoming a Foreign Service Officer because of his opposition to what the US was doing in Vietnam. He then became a founder and editor of the Washington Free Press, the first 'alternative' newspaper in the capital. Blum has been a freelance journalist in the US, Europe and South America. He currently sends out a free monthly newsletter, The Anti-Empire Report. To be put on Blum's mailing list, send him an email. Previous issues of the report can be read on his website.
email bblum6@aol.com
website williamblum.org

Other books by William Blum
Killing Hope: US Military and CIA Interventions since World War II
Rogue State: A Guide to the World's Only Superpower
Freeing the World to Death: Essays on the American Empire
West-Bloc Dissident: A Cold War Memoir 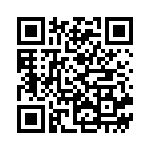