Nice to read
This title contanis the most recent advances in Social Medicine. Contents are well selected and nice to read. 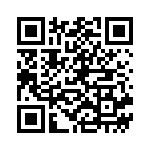