Xavier Portilla is originally from Valencia, where he got his degree in Computer Engineering from the Polytechnic University of Valencia. He is a software developer with more than 6 years of experience. He currently works as a Technical Leader with a background in different sectors, from health to the industrial sector. Learning, researching, innovating and teaching about the latest technologies, as well as collaborating both in new start-ups and with the largest companies in the world are aspects that are part of his DNA.

Vicente Guzmán is originally from Guanajuato, but considers himself as a globetrotter. He is a Computer Systems Engineer and has a degree in Computer Science. In addition, he was awarded as Alexa Champion in 2020. He is the only Mexican with such recognition, granted by Amazon Corp. He currently works as a consultant for several national private companies, as well as for governmental institutions. Additionally, he is a frequent lecturer at technology events in various Latin American countries. 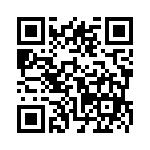