Wojtek Mackiewicz Wolfe received his Ph.D. from the University of Colorado at Boulder. He currently teaches both there and at the University of Denver's Graduate School of International Relations. This is his first book. 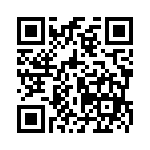