Sylvia Earle can lay claim to the titles marine botanist, environmentalist, businesswoman, writer, and deep-sea explorer. Of them all, the last is perhaps the one that most captures the imagination. She has spent more than 6,000 hours (over seven months) underwater. In 1979, she attached herself to a submarine that took her, at times as fast as 100 feet per minute, to the ocean floor 1,250 feet below. Dressed in a "Jim suit," a futuristic concoction of plastic and metal armor, she made the deepest solo dive ever made without a cable connecting her to a support vessel at the surface. This daring dive is comparable to the NASA voyage to the moon 10 years before. In 1984 Earle became the co-designer (with Graham Hawkes) of Deep Rover, a deep-sea submersible capable of exploring the midwaters of the ocean. Their company, Deep Ocean Technology, went on to develop a second-generation submersible, Deep Flight, that can speed through the ocean at depths of as much as 4,000 feet. Currently under development is Ocean Everest, expected to operate at a depth of up to 35,800 feet, which will take scientists to the deepest parts of the sea. Although the uses of submersibles are still largely scientific, Earle hopes that they might one day transport laypeople to the bottom of the sea. She feels that the "experience of flying through a dark ocean, of watching the lights of a luminescent creature flash all around us" might help us gain more respect for the largely unexplored ocean world. In addition to the scientific work that led to her being appointed in 1990 as chief scientist of the National Oceanic and Atmospheric Administration (NOAA), Earle has worked tirelessly to educate the public. Working with Al Giddings, she coauthored a documentary film, Gentle Giants of the Pacific, which appeared on public television in 1980. In the same year, their book Exploring the Deep Frontier appeared. It includes a discussion of the "Jim dive." Her most recent scientific and environmental work has been to assess the environmental damage caused by the Prince William Sound oil spill and the results of Iraq's destruction of some 400 oil wells during the 1991 Persian Gulf War. 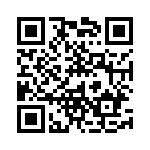