Mary Wollstonecraft was born in London on April 27, 1759. She opened a school in Newington Green with her sister Eliza and a friend Fanny Blood in 1784. Her experiences lead her to attack traditional teaching methods and suggested new topics of study in Thoughts on the Education of Girls. In 1792, she published A Vindication of the Rights of Woman, in which she attacked the educational restrictions that kept women ignorant and dependant on men as well as describing marriage as legal prostitution. In Maria or the Wrongs of Woman, published unfinished in 1798, she asserted that women had strong sexual desires and that it was degrading and immoral to pretend otherwise. In 1793, Wollstonecraft became involved with American writer Gilbert Imlay and had a daughter named Fanny. After this relationship ended, she married William Godwin in March 1797 and had a daughter named Mary in August. Wollstonecraft died from complications following childbirth on September 10, 1797. Her daughter Mary later married Percy Bysshe Shelley and wrote Frankenstein. 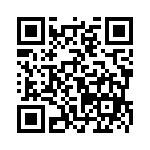