John M. Lipski is Edwin Erle Sparks Professor of Spanish and Linguistics in the Department of Spanish, Italian, and Portuguese at The Pennsylvania State University. He is the author of several books, including Latin American Spanish, El espańol de América, and A History of Afro-Hispanic Language Contact. He is also editor of the journal Hispanic Linguistics. 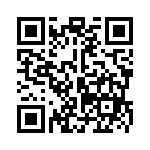