Irvin D. Yalom was born in Washington, D.C. on June 13, 1931, of parents who immigrated from Russia shortly after World War I. Yalom entered into medical school intent on studying the field of psychiatry. His first writings were scientific contributions to professional journals. His first book, "The Theory and Practice of Group Psychotherapy" was widely used as a text for training therapists. It has been translated into twelve languages and spawned four editions. "Existential Psychotherapy" followed, which was a textbook for a course that did not exist at the time, and then "Inpatient Group Psychotherapy," a guide to leading groups in the inpatient psychiatric ward. In an effort to teach aspects of Existential Therapy, Yalom turned to a literary conveyance and wrote a book of therapy tales called "Love's Executioner", two teaching novels, "When Nietzsche Wept" and "Lying on the Couch" and, "Momma and the Meaning of Life," a collection of true and fictionalized tales of therapy. These books went on to be best sellers, and "When Nietzsche Wept" won the Commonwealth Gold Medal for best fiction of 1993. They have been widely translated,each into about fifteen to twenty languages, and have had considerable distribution abroad. 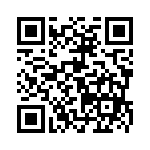