For nearly 100 years Biblical scholars have developed ways of telling when when a story has been revised or edited, when two stories have been combined together, when a tale has been added to, when ... Leer reseńa completa 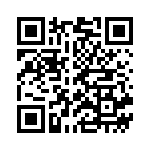