Jane McIntosh Snyder, professor of classics at The Ohio State University, is the author of Puns and Poetry in Lucretius' "De Rerum Natura" and (with Martha Maas) of Stringed Instruments of Ancient Greece. 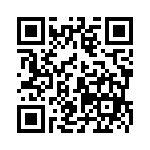